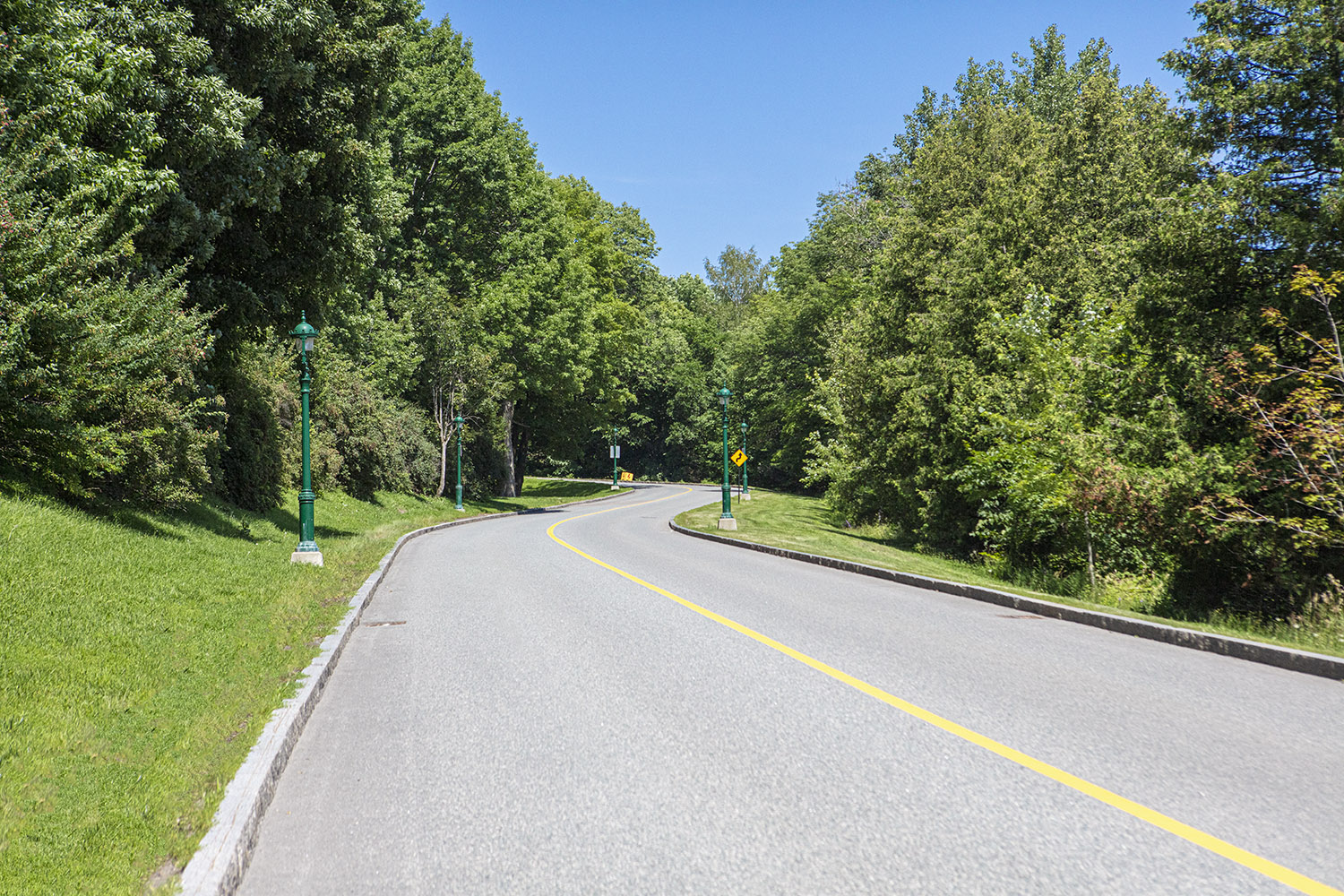 Gilmour Hill is a 1.1 km road going through Battlefields Park (Plains of Abraham area) and connecting Champlain Boulevard with Québec City's Upper Town (Haute-Ville). Built in 1931, the road was not designed for winter use and major works were undertaken in 2014-2015 to allow its year-round opening.

A safe multi-use trail was also integrated into the cliff for pedestrians and cyclists. The Plains of Abraham trail covers more than one kilometre and focuses on the beauty and history of the premises with its rest areas and interpretive panels. 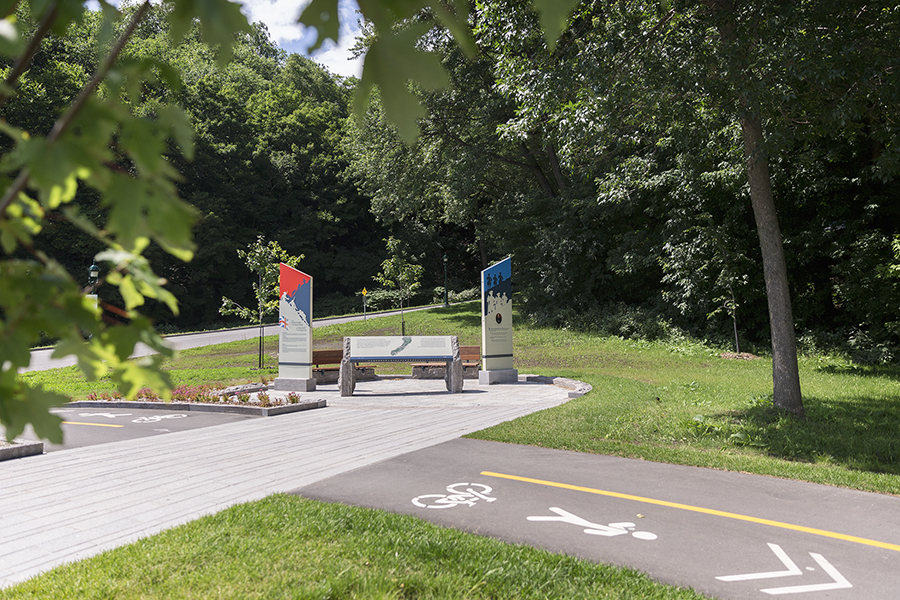 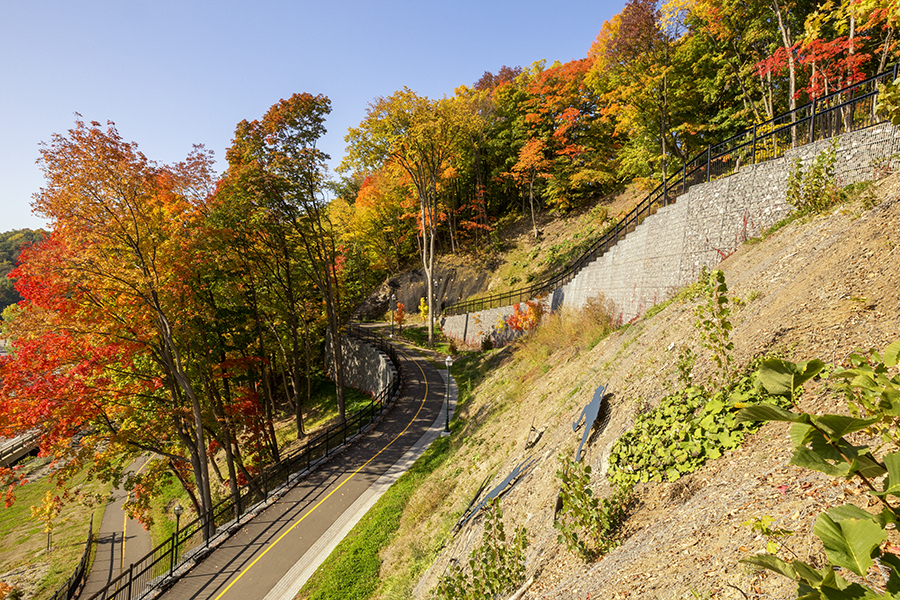 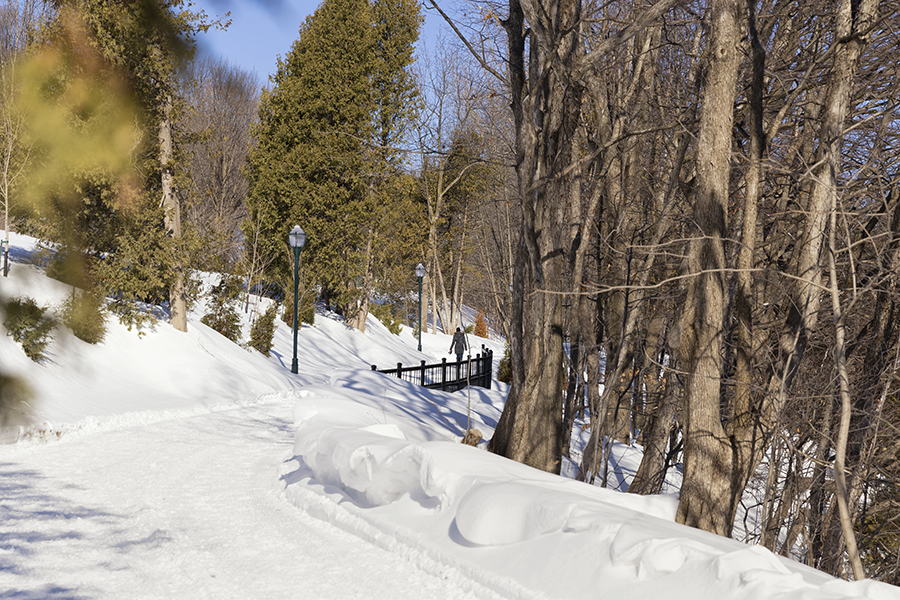 Discover the various steps of the projects

November 4, 2016 - The Park is honoured for the redevelopment of Gilmour Hill during the 22nd Edition of the Communities in Bloom Ceremonies

May 5, 2016 - Inauguration of the Plains of Abraham Trail: Last phase of the Gilmour Hill redevelopment project completed

August 2, 2013 - The Government of Canada will provide funding for the year-round opening of Gilmour Hill and to add a new walking and cycling trail